5 Winter Driving Tips: How To Drive In Snow And Ice 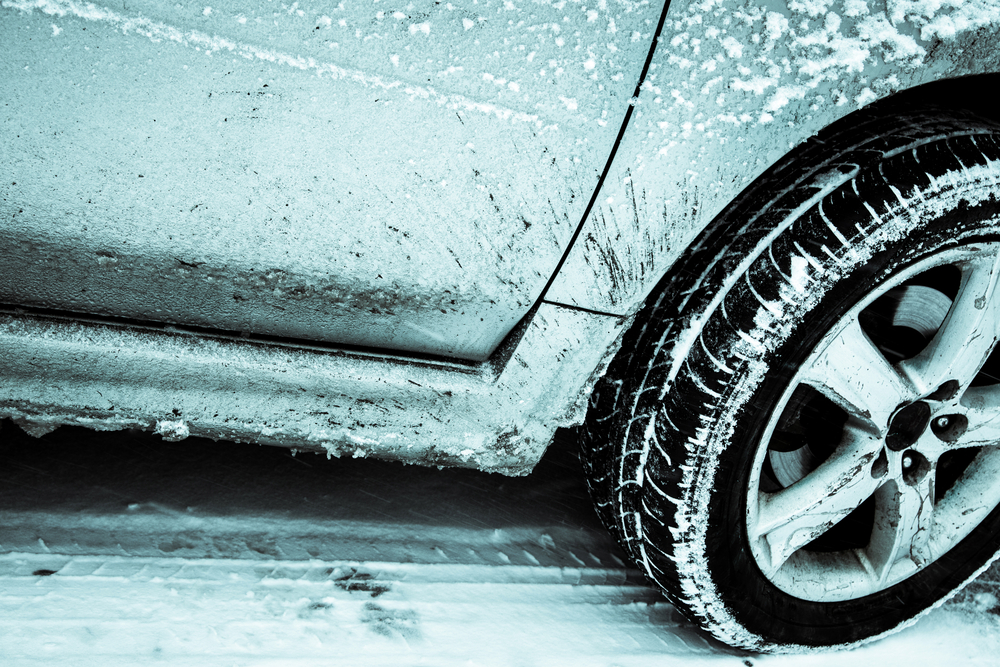 Remember the Beast From The East? The 20 inches of snow, the below freezing temperatures, the closing of schools and hospitals as the entire country ground to a halt?

Well, rumour has it that the Beast will be returning this year to wreak havoc on UK infrastructure, and most importantly – its road network.

Long range predictions from the Met Office state that Britain could be in for particularly cold and snowy conditions from the start of December all the way into February 2019.

Last year the Met Office warned drivers not to attempt to navigate the icy, snow-covered asphalt of the UK – and with good reason as multiple car crashes happened on the M40, the A15, the M66 and the A120.

But what if you simply HAVE to drive somewhere in those conditions?

Last year we talked about preparing your car or van for winter, and this year we’ll talk about some of the top techniques for making sure you stay safe when driving in winter.

1. Be Aware Of Your Braking Distance

In the UK, guidelines are given for the average stopping distances of cars in regular weather.

However in icy conditions your stopping distance could be as much as TEN TIMES this distance – and that’s without anything loaded into the back.

With a full load, your stopping distance will be even further and the risk of you toppling over if you go into a skid is increased too.

Always check your vehicle’s manual for details on your braking distance when loaded and unloaded, and then give yourself as much room as possible between you and the car in front so that If anything goes wrong you have plenty of time to slow down.

2. Use the highest gear possible to pull away.

Whilst on a dry day you might consider pulling away in first gear and using lots of revs to make a quick start, if you try the same in the ice it will end very badly.

We recommend that you try to pull away in second or even third, keeping your revs low and reducing the chance of wheelspin.

Use a little bit of gas and draw the clutch upwards very very slowly so you can get away smoothly.

Once running, stay in a higher gear so that your tyres have more traction on the road and you can better control your speed.

Carrying on from point number 2, being careful and considered is the key to driving in the snow.

Sudden changes in acceleration or deceleration will cause your tyres to lose grip on the surface, sending you into a skid.

If you are struggling with not hitting the brakes sharply, try changing into a lower gear earlier than normal and letting the engine do the work.

Also it helps to remember that whatever you do, if you do get into a skid, DO NOT BRAKE.

Instead, you should turn slightly into the direction of the skid until you regain control of your vehicle, and gently accelerate once all your wheels are in line.

It’s important not to over-correct your skid though, as if you turn too far into your skid you will make things worse!

Because your tyres have less grip on the surface when it has been snowing, you will need to turn them a lot slower and more deliberately than normal.

Turn too quickly, and you will lose control and go into a skid. Turning slowly gives you more traction on the slippy tarmac and it will make it easier for you to react to potential skids.

As an aside, if your car is 4-wheel drive you may not need to be so cautious.

Four-wheel drive systems distribute power amongst all the wheels at any given time, which means the surface area of the power load is more evenly spread and this makes the vehicle easier to control.

Hills can cause untold misery in the snow. Starting a car on a hill is trouble enough in regular conditions, but paired with ice and snow it can be a nightmare.

The problem with driving up hills in the snow is that you can’t use too much power, or else you will lose control on the other side, but you have to use enough so that you don’t stop and start rolling down.

We recommend that you try to build up to going over hill in the snow – gather momentum and let that carry you up rather than trying to rely on the friction of your tyres – because they will struggle to keep grip.

Whenever possible, try to avoid stopping on a hill as there is always the chance that you may begin rolling backwards into the car behind you if your tyres don’t have enough grip.

So there are our top tips for driving in the snow! If you want some more advice, the RAC has compiled this more in-depth look at snow-driving techniques.

If you want to make sure your vehicle is ready for winter, bring it into the First4Vans service station!